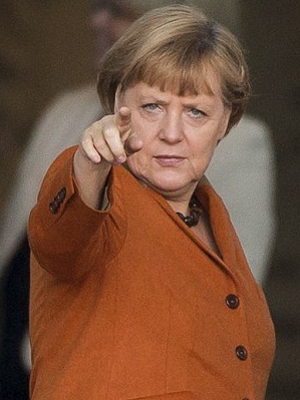 Germany‘s Angela Merkel has vowed to reduce the extent of subsidies being granted to the country’s renewable power generation sector, if she is re-elected in September.

In a move designed to appeal to ordinary voters, the German chancellor is targeting subsidies so as to reduce the costs to consumers associated with renewable energy transition, or energiewende.

Consumers have been hit by surcharges which pay for the energy shift but also raise household bills. With the election looming Merkel is trying to head off resentment at the fact that German industry has received exemptions, on the basis of maintaining the country’s competitiveness.

“I want a renewable energy law amendment in which feed-in tariffs are not given up, that is an incentive to push things forward, but it will be necessary for those who get support for renewable energy to participate more in grid expansion, energy supply, storage and similar things,” Merkel said.

“The foundation for all this must be a basic, decisive and comprehensive reform of support for renewable energy,” she said.

The Chancellor also mentioned the difficulties faced by gas-fired power plants, which have been pushed out of the market partly because of the collapse of the EU’s CO2 emissions certificate market which has helped coal plants to produce power with higher emissions more cheaply.

“That can’t be right” said Merkel, adding something had to be done to ensure gas plants could work more profitably.