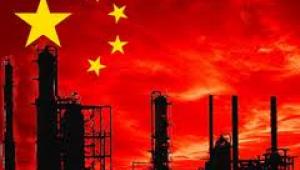 China is on the verge of launching a $34bn project to build 12 power transmission lines to link inland coal and hydroelectric power plants to the populous east of the country.

“The projects are considered important investment measures to stabilize economic growth, aim to ease power shortage in the east and alleviate the worsening smog problems in central and eastern regions,” Zhang said.

The heavy investment could add another $14bn in output value for electricity equipment manufacturers, while bringing $80bn of investment to the power generating sectors, according to the SGCC.

If the National Development and Reform Commission, the top economic planner, and the National Energy Administration agree with the plan, all the projects are expected to start construction this year.

The SGCC, which supplies electricity to 80 percent of China’s population, will be responsible for building 11 electricity transmission lines, while the China Southern Power Grid will construct the line distributing power from Yunnan to Guangdong, Guangxi, Yunnan, Guizhou and Hainan, which are home to some 230 million users.

As part of China’s action plan to control air pollution, the projects will help cut thermal coal consumption by 200 million tonnes a year and reduce the density of PM2.5 pollutant particles by 4 to 5 percent in the central and eastern regions, the SGCC estimated.

China has long depended on coal-burning power plants to fuel its explosive growth over the past three decades. As pollutants such as PM2.5 and PM10 have risen to alarming levels in the central and eastern regions in recent years, policymakers are trying to shift the country’s energy structure by using greener power and transporting more electricity from the western regions to the east.