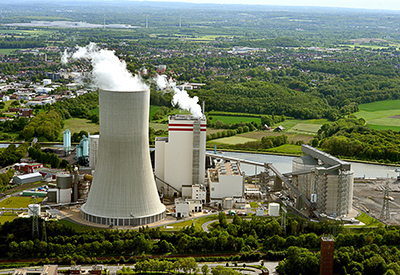 The lignite industry in Germany is set for further difficulty as incentives recently offered for utilities to switch fuelling combined heat and power plants from coal to gas are being perceived as insufficient.

According to a draft law the German government recently approved, coal-fired CHPs that switch to gas will receive a bonus of €6.00/MWh until 2019. This will come on top of proposed subsidies that other gas-fired CHPs would get.

However ICIS website reports that the consensus among plant ownership is that the measures are not good enough and firms would suffer an unjustifiable financial hit by switching to gas.

Out of Germany’s 48 GW of hard- and brown-coal capacity, a huge 33GW is CHP, according to regulator Bundesnetzagentur. The government expects the CHP subsidy reform to reduce Germany’s emissions by an additional 4m tonnes by 2020.

If less CHP plants switch their fuel than expected, the lignite industry will face additional emissions reduction measures, according to the government’s plan for reaching Germany’s 2020 climate targets. That adds up to additional closures of lignite-based plants.

German utility RWE operates 5.3 GW of this coal-fired CHP capacity. A spokesman dismissed the chances of switching fuels outright: “For us it is not an option at all,” he said. Proposed incentives are far too low to finance such an expensive switch, he said.

Almost all RWE’s coal-fired CHP capacity is fired by brown coal and switching lignite plants to gas would be “just like building a new power station”, the spokesman said of the prohibitive cost. A switch to gas would also require investment in gas pipelines running to the plants.

Grosskraftwerk Mannheim, Stadtwerke Munchen, EnBW and E.ON have all responded in similar fashion to the prospect of taking on the expense required to facilitate the fuel switch.

The German lignite industry has committed to reducing its emissions by an additional 1.5m tonnes annually from 2018 in case it looks like the power sector emissions-curbing measures the government recently approved do not lead to the planned additional CO2 reduction of 22m tonnes.