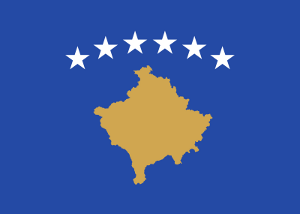 Kosovo‘s government should abandon a plan to build a new lignite-fired power plant, according to a new report.

The proposed 600 MW plant, known as the New Kosovo power project or Kosovo C, would be located in Pristina and its development is planned to include a lignite mine.

In a note outlining the results of a preliminary project review, the Institute for Energy Economics and Financial Analysis (IEEFA) called the project a “boondoggle” (an American word for a wasteful project that is continued for political reasons), and said it would cause electricity prices in Kosovo to rise by up to 50 per cent.

IEEFA said the review, undertaken jointly with the Kosovo Civil Society Consortium for Sustainable Development (KOSID), had also led it to question the World Bank’s support for the project.

Tom Sanzillo, IEEFA’s finance director, said in the note that “A central mission of the World Bank is to ease poverty, but this plant ” under any of the various scenarios that have been put forth ” would leave the poor paying more for electricity.”

In addition, he said the project “would harm national economic growth by encumbering the public with large loans for decades to come and it is an unnecessary burden, at a significant expense, with unreasonable terms and extravagant subsidies.”

In a statement in 2012, the World Bank called the proposed plant Kosovo’s “best and cheapest option” for future energy security, although it acknowledged that the project could ultimately cost twice as much as initial estimates. IEEFA said its research had suggested that “the cost of the plant could be significantly higher than the government of Kosovo has acknowledged”.