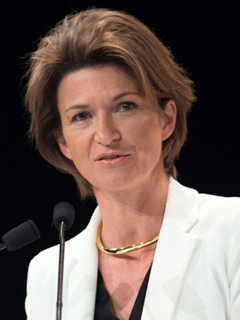 Engie chief Isabelle Kocher says the French firm’s concern is now with the scale of growth it can produce after declaring that the business’s ‘repositioning’ is now complete.

Kocher has presided over the transformation of the company away from conventional and nuclear power technology to renewable energy.

Since 2014, ENGIE has operated a strategic shift, by reducing future exploration in fossil fuels and investing massively in green energies (solar, wind, geothermal, biomass, hydroelectric, and natural gas) and energy efficiency services, and this has accelerated under the guidance of the present chief executive.

“It’s [now] more about the pace of growth,” said Ms Kocher, who took over the group in 2016. “Fundamentally we have done the most important part in terms of repositioning. And we have been extremely clear on the businesses we intend to make a difference on.”

Financial Times reports that as part of her three-year plan that will run to the end of 2018, the company has cut costs, reduced its exposure to carbon-intensive industries and from markets most exposed to fluctuating prices. At the same time, it has increased its exposure to renewable energy, regulated markets and digital technologies.

Since the start of 2016, Engie has sold or closed more than 10 GW out of 16 GW of coal production, brought 6 GW of renewable energy online and secured a further 6 GW. Low-carbon activities now represent more than 90 per cent of earnings before interest, taxation and amortisation, ahead of target, says the company.

As part of its plan, Engie aimed to sell off €15bn of fossil fuel-focused assets between 2016 and 2018 and reinvest the proceeds in renewables and energy services. Following the sales of liquefied natural gas assets to Total for $1.5bn in November and of a coal plant in Australia in December for $800m, 90 per cent of those disposals are now complete

The cash from the disposals has already mostly been spent or committed with the majority going towards internal growth, rather than large acquisitions.

à‚ “I have been pushed, to be honest, to make big acquisitions because it was the traditional way,” said Ms Kocher. “It’s not a question of size, it’s more a question of really being able to bring something. The best way to create value is to really bring organic growth.”

à‚ The market has also given Ms Kocher and Engie a vote of confidence on the new strategy: since the start of 2017, the share price has risen 19 per cent.

Some analysts have told the FT that 2018 is a critical year, in terms of the success of the strategy.

Vincent Gilles, analyst at Credit Suisse, said: “If this is a bad year, then you can put the blame on her. So far you could put the blame on exogenous factors and former management. This is the first year where you have the majority of assets which have either been brought in or shaped by Ms Kocher.”