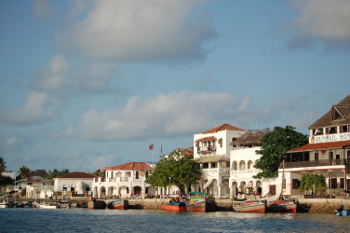 A coal-fired power project in Kenya has been given a conditional go-ahead by local officials.

The $2bn, 960 MW government-backed project on the island of Lamu (pictured) has been approved for construction by a consortium of Kenyan firms led by Gulf Energy and the Centum Investment Company, under several conditions.

Local leaders including Lamu County Governor Issa Timammy and Senator Abu Chiaba said the consortium must employ 1000 young people from the region, as well as assuring that the county will receive a stake in the profits from electricity sales to utility Kenya Power. In addition, the officials said the state must compensate local people who will be displaced by the project.

“The people from the area must be compensated adequately by the company and also we must have a guarantee that as a county we will draw revenue from the project since it is within our county. The county will be seeking to have a share in the revenue generated from selling the power to Kenya Power and if we cannot get anything as a county we cannot support such a project,” Timammy was quoted as saying.

In October Chinese firm Hebei Construction Investment Group and Liketh Investment Kenya, which led a rival consortium, raised a legal challenge to the tender award, alleging irregularities. However, in November the challenge was thrown out in court.

The leaders said a final decision on the project is expected in March, after the release of an environmental assessment.