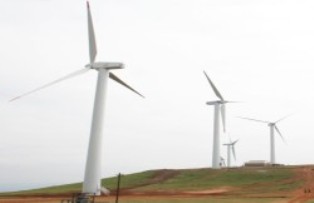 In a move to cut electricity prices, Kenya says it will not grant any new licenses for wind and solar projects until 2017.à‚

At issue is the nation’s grand project of adding 5.5 GW to its power supply over a 40-month period, from a current capacity of 2 GW.

To ensure that this target is reached, energy secretary Davis Chirchir told Bloomberg that the government will prioritise new projects that use cheaper fuel sources, mainly coal, liquefied natural gas and geothermal power.

Kenya aims to reduce domestic electricity prices by up to 23 per cent within three years in order to meet rapidly growing demand. Adding new power capacity will be vital, and analysts say the nation’s coal reserves could offer the cheapest option, while the government’s energy blueprint under its Vision 2030 plan has prioritised geothermal development.

Although wind and solar are planned to contribute 15 per cent of the new power supply, that quota has already been filled, said Chirchir. The government has granted licenses for 630 MW in new wind projects, including the 300 MW Lake Turkana wind project, and 200 MW in solar projects. The remaining 5 per cent of the surge is to come from hydropower and diesel-fired sources. à‚ à‚

After the 40-month moratorium Kenya says it will again issue new licenses for wind and solar projects.à‚