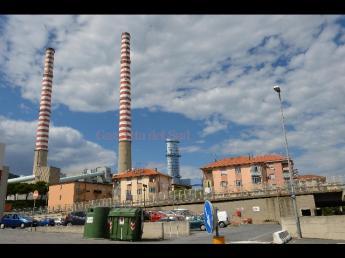 A judge in Italy has ordered the shutdown of a coal-fired power plant for environmental reasons.

Tirreno Power, half owned by GDF-Suez (Euronext: GSZ) has been told to shut the Valdo Ligure coal-fired plant in Savona, northwest Italy and police have been called in to enforce the ruling.

Rai News reported that Francantonio Granero, Savona’s chief prosecutor, had argued that emissions from the plant were responsible for around 442 premature deaths between 2000 and 2007, and 2,000 cases of heart and lung disease.

The Italian news site Rai News reported Tuesday that a judge directed police to take control of the plant, which is owned by Tirreno Power, after finding in favor of prosecutors in the case. Francantonio Granero, Savona’s chief prosecutor, had argued that emissions from the plant were responsible for more than 400 premature deaths between 2000 and 2007, and 2,000 cases of heart and lung disease.

“We do not understand the rational for this decision,” a Tirreno Power spokesman told Reuters on Tuesday.

Tirreno Power called the study on the plant’s health effects “biased” in a statement to United Press International last month.

Italy relies on gas-fired plants and renewable power sources for most of its electricity generation, while coal-fired plants have faced fierce environmental opposition.

The combined-cycle one is not affected by the measure, according to a Tirreno spokeseperson.