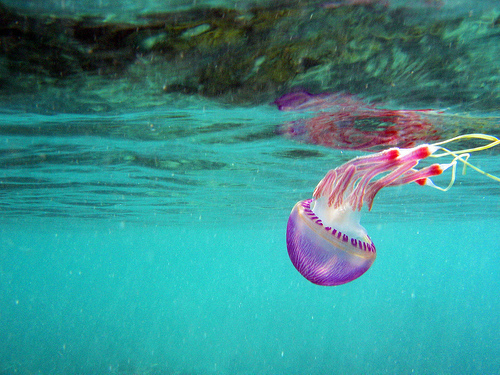 Coastal coal-fired and nuclear power plants may be set for more problems as a result of an ongoing rise in jellyfish populations.

Power plants that rely on seawater may have to take steps to combat the issue after a University of British Columbia study cautiously stated that jellyfish populations appear to be climbing. Of 66 large marine ecosystems studied, 45 showed an increasing trend in jellyfish population.

In 2013, the Oskarshamn nuclear plant in Sweden had to cope with a jellyfish bloom that clogged the intake pipes, while in 2011 a surge in jellyfish shut down the Orot Rabin coal-fired power plant in Hadera, Israel after jellyfish blocked the seawater supply.

Meanwhile the Torness nuclear power plant in Scotland also closed after jellyfish were also found to be obstructing water filters.

Scientists say the creatures’ proliferation could be down to factors such as its predators being overfished, as well climate change and the growing acidity of the oceans.

A robotic jellyfish terminator has however been developed by Korean engineers, and may offer a solution. Last year the KAIST Civil and Environmental Engineering Department unveiled the unmanned aquatic robots, which capture and grind the jellyfish. A formation of three robots can wipe about 900 kg of jellyfish per hour.