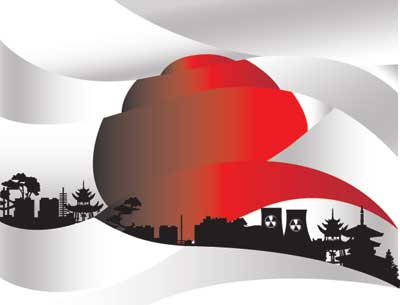 Carbon Tracker in collaboration with the University of Tokyo and the Carbon Disclosure Project have found Japan’s planned and existing coal capacity could become stranded due to lower utilisation rates and tariff prices caused by low cost renewable energy.

This is according to the newly released report Land of the Rising Sun and Offshore Wind, that uses asset-level financial models to analyse the relative economics and risk profiles of new and existing coal plants in Japan.

The report states that it will be cheaper for Japan to build new offshore wind than run coal plants by 2025, calling into question the government’s pro-coal stance and its implications for energy consumers. The economic viability of new and existing coal in Japan could be severely undermined by cheap renewables, and without policy reform, could result in $71bn of stranded assets.

“There’s a technology revolution coursing through the world’s power markets. This revolution is coming to Japan, which means the government urgently needs to reconsider its pro-coal stance”.

Head of power & utilities at Carbon Tracker and co-author of the report, Matt Gray

Based on a comparison of the levelised cost of energy (LCOE) analysis, onshore wind, offshore wind and utility-scale solar photovoltaics (PV) could be cheaper than coal by 2025, 2022 and 2023, respectively. Moreover, the long-run marginal cost (LRMC) of coal could be higher than offshore wind and solar PV by 2025 and onshore wind by 2027.

Furthermore, the report explores the implications of Japan’s coal fleet being shut down in a manner consistent with the temperature goal in the Paris Agreement. If Japan’s coal capacity is forced to shut-down by 2030, stranded asset risk from capital investments and reduced operating cashflows could amount to $71bn. Of this, $29bn could be avoided if the Japanese government immediately reconsiders the development of planned and under construction capacity.

Gray added: “Despite policy signals from the Japanese government, it is still investing heavily in coal. This capacity will become stranded which will likely result in higher energy costs for the consumer.”

Accelerating the transition away from coal would be good for investors, consumers and the wider economy according to Land of the Rising Sun and Offshore Wind. It makes the case for cancelling planned coal, stop coal under construction and develop a retirement schedule for the existing fleet.

Michiyo Morisawa, CDP Worldwide Japan director said: “Current market structures are insufficient to respond to climate change and will impact future generations. Those companies who take immediate action will reap the rewards. The shift beyond coal power is an irreversible trend.”

Jan Erik Saugestad, CEO of Storebrand Asset Management said: “The future cannot be based on our ability to pull salvation out of the apocalypse hat at the last minute, to carbon capture our way out of this. Coal is not clean and will burn your assets, burdening your company with toxic debt. Solar, wind, power distribution and storage are already better investments. We therefore urge other large investors to take the warnings from Carbon Tracker seriously and get out of coal.”