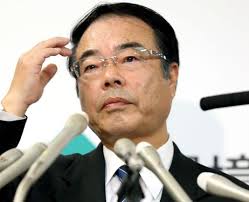 The 1.07 GW plant, planned by Chubu Electric Power Co, would be located in the town of Taketoyo in Aichi prefecture.

Opinion from the environment ministry is passed to the ministry of economy, trade and industry, which makes final decisions on approval for proposed projects.

Concern is growing over Japan’s carbon emissions in the wake of the nation’s nuclear shutdown after the Fukushima disaster.

At a press conference today, Mochizuki is expected to say that an emissions reduction plan undertaken voluntarily by Japan’s Federation of Electric Power Companies will not produce sufficient results.

In June Akihisa Kuriyama, a researcher at the Institute for Global Environmental Strategies, was quoted as saying that Japan’s coal-fired power project developers “will face business risks” due to the nation’s climate targets. He said developers “may have to decide between calling off the project for the reduction targets or buying credits from overseas” to offset emissions.