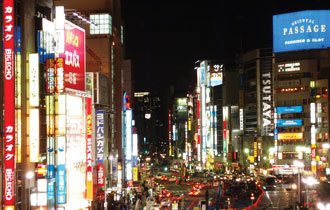 Japanese utilities are looking to coal-fired power investment in a bid to bridge the gap created by the shutting down of nuclear power plants in the country.

Post-Fukushima there are now 48 nuclear reactors offline in Japan and utilities are attracted to the use of coal power because its fuel costs are highly competitive, one quarter the cost of oil-fired plants.

Major electric companies are aiming to secure a stable power supply in the mid- to long term through this new construction, which will see the changeover from aging thermal power plants to more cost-effective ones.

“We concluded that we need new sources of power in terms of the economy and the stability of the electricity supply,” said Akihisa Mizuno, president of Chubu Electric.

Tokyo Electric Power Co. is seeking to build thermal power plants with a combined output capacity of about 6 GW for fiscal 2014, and some additional ones in the future.

Many of the 48 reactors are not expected to restart soon, if ever, due to their age or location above active seismic faults.

Since the Fukushima accident, aged and inefficient thermal power plants have been operating at full capacity to make up for the loss of electricity supplied by nuclear power.

However, the increasing imports of fossil fuels needed to operate the thermal plants have weighed heavily on the finances of the electric companies. Therefore the utilities hope to lower the fuel costs through the construction of more energy-efficient facilities.

In regards to the increased carbon dioxide emissions from the coal-fired plants, the electric power industry will be forced to come up with ways to further curb the emission levels.