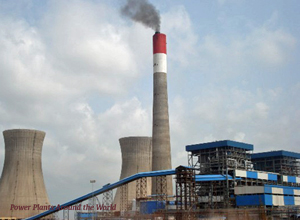 An Indian conglomerate is set to buy a coal-fired plant in a deal that analysts say could herald a period of consolidation for the nation’s power sector.

According to the Economic Times, the deal is the largest acquisition to date of a fully commissioned thermal plant by a domestic company.

Construction, power and real estate firm Lanco Infratech’s 1200 MW Udupi power plant (pictured), located in Karnataka state, has been on the block as part of an asset divestiture strategy. The plant has been shut down since June after a payment dispute with the state government left it unable to purchase imported Indonesian coal. à‚

Market analysts say other recent deals have been smaller or at the project implementation level, and have largely involved foreign companies buying into the Indian market. In late 2013 French firm GDF Suez acquired a majority stake in Meenakshi Energy and Infrastructure Holdings’ 1 GW thermal power project in Andhra Pradesh, while in February Singapore’s Sembcorp Industries acquired 45 per cent of NCC Power Projects’ 1320 MW coal-fired plant, also in Andhra Pradesh. The latter project is currently under construction, while the former has 300 MW operational and 700 MW under construction.

Some analysts see the Udupi deal as indicative of renewed interest in India’s languishing power sector as the new government moves to dissolve the barriers keeping many sector projects from moving forward. However, analysts also believe that consolidation is ahead for the sector, with mergers and acquisitions driving growth. à‚

JSW is also said to be in discussions with infrastructure firm the Jaypee Group to acquire its power assets.à‚