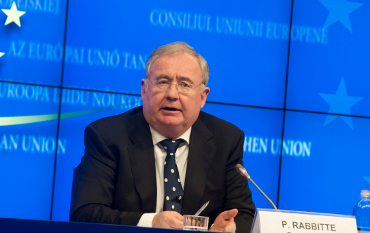 The Irish minister for energy says his government will accept submissions from the public on how the country’s future energy needs will be met and included the prospect of nuclear power in that energy mix.

The Green Paper on Energy says it would be “technically possible” to construct a small nuclear reactor to replace the coal-burning Moneypoint plant in Co Clare, western Ireland, which is expected to close in 2025.

The Irish Independent reports that energy minister Pat Rabbitte said that while he did not propose lifting the ban on nuclear power, he would not rule out the possibility of proposals being made for that source of power generation.

“There’s a legal ban on nuclear development and I don’t propose to remove it. But this is a green paper, and I’m not dictating the response of business and citizens as to what ought to be the best energy mix for the future. If people want to make submissions on any aspect, they should be encouraged to do so,” he said.

UK nuclear power may become a “small but increasing element” of the fuel mix, the policy paper says.

It adds that a large nuclear plant will “unbalance the system”, but that the technology is changing with reactors becoming smaller.

“When fourth-generation nuclear reactors become commercially available, it is technically possible that smaller reactors could be accommodated on the Irish grid,” it says.

“Given that Moneypoint will approach the end of its life by 2025, is there a role for coal in the future power generation mix? If coal generation does not continue at Moneypoint, what are the alternatives? Should options such as biomass or nuclear power be considered?

“In light of considerations on the future of the Moneypoint coal plant, it may be questioned whether the time is right to consider in greater depth the potential economic and technical implications, or indeed to test public acceptance of nuclear generation located on the island of Ireland,” he said.

“It is a simple fact of life that the thrust of EU policy is towards greater interconnection, and you bring down prices to consumers and businesses by better interconnection,” he said, adding we needed to reduce our dependence on imported fossil fuels, and develop indigenous sources of power. There was no “single answer” in developing the ideal energy mix.