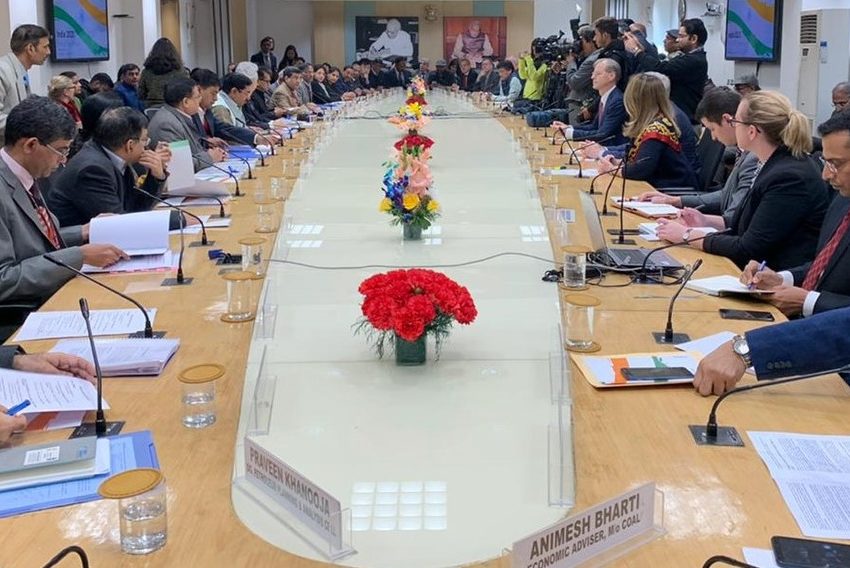 India is becoming an increasingly influential driver of trends in the global power sector ” and with its energy demand set to double by 2040 and its electricity demand potentially even triple, it will cement its role as a game-changer in global energy markets.

With a population of 1.4bn and one of the world’s fastest-growing major economies, the Indian government has initiated policies designed to conduct large-scale renewable energy auctions and promote access to oil and gas markets for foreign investors.

The study was conducted in partnership with The National Institution for Transforming India (NITI Aayog), a government think-tank that helps plan and implement major policy initiatives, and NITI Aayog chief executive Shri Amitabh Kant said that with clear goals in place, the country is “making great strides towards affordable, secure and cleaner energy for all its citizens. India is working hard to move towards its aspirations of transforming the energy sector”.

IEA Executive Director Dr Fatih Birol presented the key findings of the IEA in-depth review of India’s energy policies on Friday in New Delhi, where he said “the energy choices that India makes will be critical for Indian citizens as well as the future of the planet”.

The report highlights the strong growth of renewables in India, which now account for almost 23 per cent of the country’s total installed capacity. It also found that energy efficiency improvements in India avoided 15 per cent of additional energy demand, oil and gas imports, and air pollution ” as well as 300m tonnes of CO2 emissions between 2000 and 2018.

In India’s renewables-rich states, the share of variable renewables in electricity generation is already above 15 per cent, a level that the IEA says “calls for dedicated policies to ensure they integrate smoothly into the power system”.

The IEA report praises the India government for its “impressive progress in increasing citizens’ access to electricity and clean cooking”, as well as a range of energy market reforms and its significant renewables deployment.

The study also says India is “making great strides towards affordable, secure and cleaner energy” and itcommends the country for its “continuous pursuit of market opening and greater use of market-based solutions through ambitious energy sector reforms”.

The IEA says increased access to affordable energy has raised the living standards of all segments of the country’s population and adds that it believes India now has the institutional framework it needs to attract more investment for its growing energy needs.

The report highlights that India faces the challenge of ensuring the financial health of its power sector, which is dealing with surplus capacity, lower utilisation of coal and natural gas plants, and an ever-increasing share of renewables.

It says that faced with the challenge of some stressed assets in coal and gas-fired generation, the government has been implementing a package of measures to enhance the economic efficiency of coal and gas supply for power generation and the availability of finance. “The creation of a competitive wholesale power market will be vital for improving the utilisation of India’s generation capacity,” it adds.

On renewables, the IEA suggests that a diverse mix of flexibility investments is needed for the successful system integration of wind and solar PV. It says that this flexibility is available not only from the coal fleet but also from natural gas capacity, variable renewables themselves, energy storage, demand-side response and power grids. “Many of these solutions are not yet fully utilised in India,” says the report, which says that “to fully activate a diverse set of flexibility options, it is critical for the government to put in place electricity market reforms that enable the appropriate price signals and create a robust regulatory framework.

Recent IEA analysis shows that in 2018, India’s investment in solar PV was greater than in all fossil fuel sources of electricity generation together. Large-scale auctions have contributed to swift renewable energy development at rapidly decreasing prices and by last month, India had deployed a total of 84à‚ GW of grid-connected renewables capacity. By comparison, India’s total generating capacity reached 366 GW in 2019.

With this in mind, the IEA report notes that India is making progress towards its target of 175 GW of renewables by 2022. But it cautions that this progress “will require a focus on unlocking the flexibility needed for effective system integration. This can potentially be achieved by improving the design of renewables auctions, with clear trajectories and criteria to reflect quality, location and system value, along with measures to foster grid expansion and demand-side response across India.”

Based on current policies, India’s energy demand could double by 2040, with electricity demand potentially tripling as a result of increased appliance ownership and cooling needs. The IEA stresses that “without significant improvements in energy efficiency, India will need to add massive amounts of power generation capacity to meet demand from the 1 billion air-conditioning units the country is expected to have by 2050”.

“By raising the level of its energy efficiency ambition, India could save some $190bn per year in energy imports by 2040 and avoid electricity generation of 875à‚ terawatt hours per year- almost half of India’s current annual power generation.”