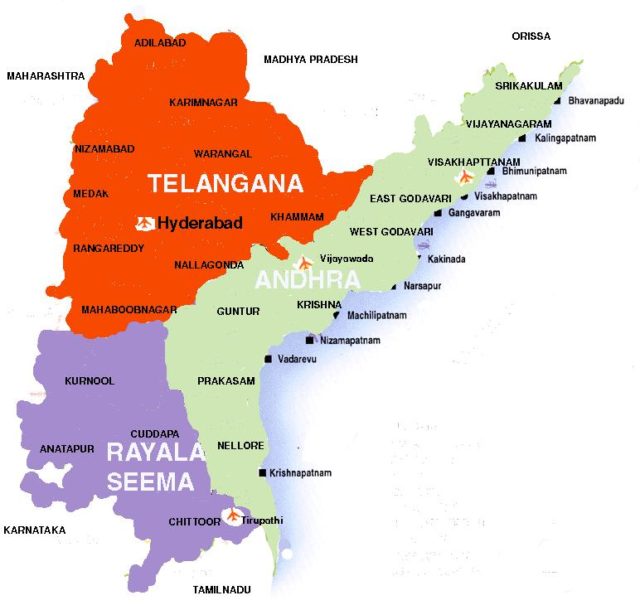 India’s newest state has reportedly lost another source of power after a dispute with neighbouring Andhra Pradesh cost it 2640 MW.

According to reports, the southern state of Telangana, which separated from Andhra Pradesh to become a separate state last summer, has a contract with two existing independent power producers (IPPs) that is set to expire this year. Meanwhile, new IPPs, from which the state had expected to gain an additional 800 MW, stopped generating power in 2013 due to natural gas shortages.

In a statement last year, Telangana’s discoms (power distribution companies) said they had given up hope of getting power from IPPs through 2016, saying that “there is no official confirmation on the allocation of gas to the … IPPs. So, the energy availability for the period from 2014-15 and 2015-16 is nil.”

Andhra Pradesh-based IPPs are required to share a percentage of their generated power with Telangana. However, in January Andhra Pradesh said it would keep the power output from its 1600 MW coal-fired Krishnapatnam power station for itself, as well as the 1040 MW from its Hinduja plant.

Telangana is reportedly considering legal action over Andhra Pradesh’s refusal to share power from the Krishnapatnam plant, claiming it is a violation of the controversial Andhra Pradesh Reorganization Act. The law, passed in February, allocated over 50 per cent of Andhra Pradesh’s generated power to Telangana based on the new state’s heavy consumption by industrial and agricultural power users.

Telangana has been experiencing an ongoing power crisis since it split from Andhra Pradesh, which now owns over 60 per cent of the former combined state’s 16,465 MW in power generation capacity.