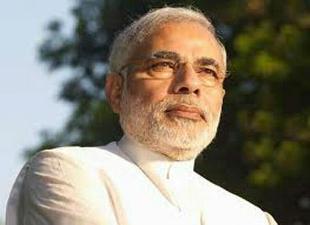 The 1000 MW first phase of state-owned National Thermal Power Corporation’s (NTPC) Mouda Super Thermal Power Project in Nagpur has been operational since March. When the 1320 MW second phase is completed, the plant will be the company’s largest in the state.

Power from the plant will be supplied to states including Maharashtra, Gujarat, Madhya Pradesh, Chhattisgarh, Goa, and Jammu and Kashmir.

In his dedication speech, Modi said the government will work to ensure that India’s poor villages have 24-hour access to electricity.

“For any nation to develop, the focus has to be on infrastructure. When we focus on infrastructure development automatically happens,” he said.  “In rural areas, if we have to bring a qualitative change in people’s lives, then we have to start with electricity.”

In its report on the inaugurations, newspaper the Hindustan Times pointed out that stage one of the Mouda project took 60 months to complete, almost a year and a half over its target of 43 months, and that work on the North Karanpura project had also begun a year and a half late.

In addition, the newspaper said 12 thermal power projects in India with a total capacity of 7230 MW have been commissioned but are “stranded” due to coal shortages, with 42 per cent of the stalled plants located in Maharashtra.

The paper said the government has asked state-owned mining firm Coal India to increase production, but the company’s “lack of technology and equipment deficiency”, along with delays in environment and transport clearances, has instead resulted in a six million tonne shortage.

“This shortage can be easily corrected if coal production escalates before commencing work for new projects,” the paper said.

However, the Economic Times reported that, while 41 GW of coal-fired power generation capacity was added in India between 2007 and 2012, coal production has not yet significantly recovered from its low of 0.1 per cent in 2010-11. The paper quoted a senior official in the coal ministry as saying, “Many of these plants were set up with no assurance of domestic coal supply.”

The coal ministry has refused to commit to fuel agreements for new power plants before meeting its commitments to existing plants. It cited reasons outside its control, such as problems with clearances and transport, for the delays.

According to the ministry, Coal India’s production will decrease by 50 million tonnes in 2016-17 if administrative and technical problems are not addressed.