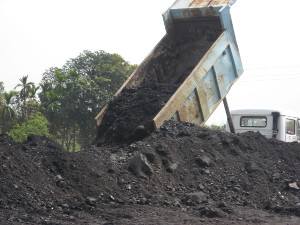 In a move to address its ongoing fuel shortages and persistent power blackouts, India’s government has announced that it will set a common price for domestic and imported coal.

The move will ease pressure on the nation’s banks, which had anticipated numerous power sector loans becoming non-viable due to coal shortages. A late August report from consultancy Alvarez & Marsal found that developers had sold off 60 GW of power projects due to growing debt.

The government has proposed that the domestic coal shortfall be made up by imports through state-owned Coal India, with both domestic and imported coal feeding into a ‘coal pool’, the output of which would be sold at a common price.

Meanwhile, in a step aimed at increasing production, India has opened its coal-mining sector to foreign players who are willing to set up businesses within the country.  A ban on private coal mining has been in place for the past 42 years, but the Coal Ministry said this week that any company incorporated in India can now mine coal for self-consumption or sale.

In August, India’s Central Electricity Authority said 27 of the nation’s 100 power plants had less than four days’ coal in reserve due to Coal India’s low production levels and the industry’s dependence on an overburdened rail system for transporting coal to power plants.