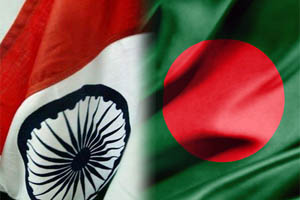 Despite being afflicted by chronic power shortages, India is to export electricity to Bangladesh.

Surplus power in northeast India cannot be delivered to power-deprived areas of the country due to grid deficiency so the Indian government is opting to send it to its neighbour, according to the Wall Street Journal.

“We are quite excited at this opportunity of working together. It would go a long way in furthering relations between the two countries,” said Chowdhury Alamgir Hossain, managing director of Power Grid Co. of Bangladesh, which is building the grid connection on its side of the border.

A commercial agreement for an additional 250 MW by the end of this year will be finalized once bids from Indian suppliers have been assessed, and there are plans to increase the electricity transmitted to 1,000 MW within five years.

India could earn $350m a year from the exports, according to Amol Kotwal, associate director of energy and power at consultancy Frost & Sullivan.