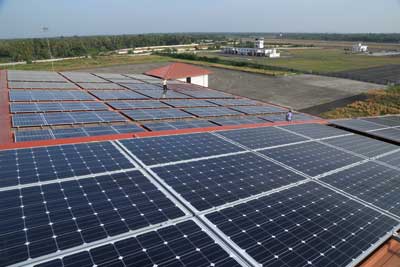 In the coming decades, India will become the “the engine driving global energy demand”. So said Dr Fatih Birol (pictured), the Executive Director of the International Energy Agency (IEA), at last week’s launch of the 2015 World Energy Outlook.

According to the IEA, India “is in the midst of a profound transformation” that is moving it to centre-stage in many international affairs, so in recognition of this, the WEO features a Special Report on the country’s energy sector.

As China’s demand for energy continues to slow as it shifts its economy from one based on heavy industry to a more services orientated one and its aggressive energy efficiency initiatives kick-in, the IEA expects India to become the main driver behind global demand growth up to 2040.

Since 2000, energy use in India has doubled, reflecting in part the significant growth in its installed power generation capacity, currently 271 GW. However, despite halving the number of people who do not have access to electricity over the last 15 years, 240 million still lack access, so the potential for demand growth is huge.

How India generates its electricity, however, is also beginning to change. Since takng power in May last year, Prime Minister Modi has been very clear on the importance of developing a modern, efficient, low-carbon power system, as well as promising the ambitious ‘24×7 power for all’ by the end of this decade.

Although coal will remain the mainstay of electricity production in the coming decades – it currently has a 60% market share – the aim is to make it cleaner and more efficient.

However, what will play an increasingly important role are renewables. Interestingly, according to says the WEO Special Report, since 2000 close to 40% of the change in installed capacity in India has been non-coal .

This Southern Asian country has a huge renewable energy potential that is now beginning to be tapped into. The government has set an ambitious target of reaching an installed renewables capacity (excluding large hydropower) of 175 GW by 2022, with solar power dominating (100 GW of installed capapcity).