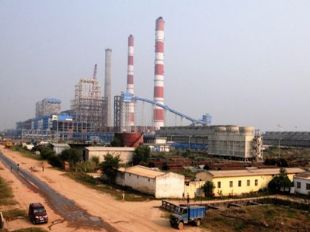 While the country is currently running a surplus in thermal power, government officials say this is unlikely to last, particularly as power is rolled out to regions, currently without electricity.

In the first phase, the company plans to build three new plants with a combined capacity of more than 5 GW, nearly double the capacity of those currently being phased out, five senior company officials said.

The proposal is to build plants of two 660 MW units each at Singrauli in central India’s Madhya Pradesh and Talcher in Odisha in the east. The biggest plant, with a capacity of 2.4 GW in the eastern state of Jharkhand, was close to getting clearance from the environment ministry, one of many steps in the process of getting government approval, one of the senior company officials said.

The company has not made the investment public because it has not yet received government approval.

“I don’t think (the current) electricity surplus will be there for a long time,” an unnamed NTPC executive told Reuters. “We should not fool ourselves.”

More than 300 million of India’s 1.3 billion people are still not connected to the grid, according to consultant to the government, NITI Aayog.

As connections improve, the panel estimates the country’s per-capita power consumption could jump around a third to up to 2,924 kilowatt-hours by 2040 from 2012 levels.

Around 78 per cent of generated power in India at the moment still comes from coal-fired plants.