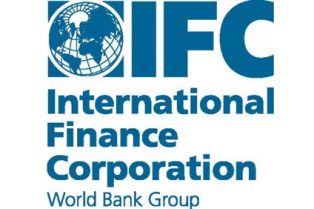 IFC, a member of the World Bank Group, and EBRD are helping Serbia boost its renewable energy production and improve its energy mix by providing a €215m lending package to a joint venture developing a 158 MW wind farm, the largest in the Western Balkans.

The €300m Cibuk 1 wind farm will cover 37 square kilometres in the northern Serbian province of Vojvodina. Part of the Vetroelektrane Balkana project, it is a 60:40 partnership between Abu Dhabi Future Company Masdar, from the United Arab Emirates, and Cibuk Wind Holding, a subsidiary of US-based developer Continental Wind Partners.à‚ à‚

IFC’s €107.7m financing package comprises a direct €52.7m senior loan, a €36.7m loan provided through its Managed Co-Lending Portfolio Program and a €18.3m B loan under IFC’s syndication umbrella. At the same time, the EBRD is providing a €107.7m syndicated loan under an A/B loan structure.

The project will comprise 57 wind turbines supplied by General Electric and is expected to improve electricity for some 113,000 homes and businesses. The Cibuk 1 wind farm is due for completion by early 2019.

“The development of the largest wind farm in Serbia and the Western Balkans is a pivotal moment for the expansion of renewables in Eastern Europe and positions Serbia at the forefront of Europe’s fastest growing alternative energy sector,” said Mohamed Al Ramahi, CEO of Masdar. “We are proud to have this opportunity to contribute our expertise and experience acquired over the last 11 years to the diversification of Serbia’s energy mix, working alongside our joint-venture partners.”

With 70 per cent of its electricity generation stemming from older coal-fired plants, Serbia is among the largest greenhouse gas emitters per capita in Europe. The project will help diversify Serbia’s aged and highly pollutant generation mix, and reduce an estimated 370,000 tons of carbon dioxide per year.

“This project highlights IFC’s creating markets strategy, paving the way for other renewable energy projects. It is a result of our cooperation with all stakeholders and our work with Serbia’s government to improve relevant bylaws and the model power purchase agreement,” said Thomas Lubeck, IFC’s Regional Manager for Central and Southeastern Europe. “IFC is a global leader in facilitating cross border investments and our support for renewable energy is a key part of our work to help mitigate climate change.”

Besides helping to minimise the environmental impact of Serbia’s power sector, Cibuk 1 represents a significant economic investment, with the project expected to create as many as 400 jobs during its construction, as well as improve local infrastructure with 50 kilometres’ worth of new roads.

Harry Boyd-Carpenter, EBRD Director of Power and Energy Utilities, commented: “The à„Å’ibuk wind farm is a breakthrough for Serbia as the country works to meet its commitment to produce 27 per cent of domestic power needs from renewable energy sources by 2020. The EBRD has worked closely with the government to develop and refine the regulatory framework for the sector and these efforts have now unlocked job-generating foreign investment and the first wave of renewable-energy projects.”