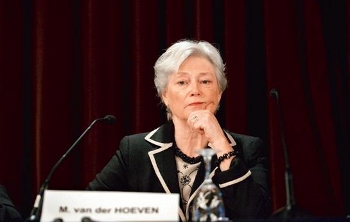 The International Energy Agency says $44trn will have to be spent through to 2050 in order to decarbonise the energy sector and ensure the average temperature rise since the industrial revolution remains limited to a 2 degree rise.

The figure represents a 22 per cent increase on the forecast made in 2012 ($36trn) by the agency who blames the growth of global coal power generation for the revision in data. The IEA added that not enough investment was being made in renewable power generation.

cing emissions, the IEA said, adding, “the longer we wait, the more expensive it becomes to transform our energy system.”

“A radical change of course at the global level is long overdue,” IEA Executive Director Maria van der Hoeven said in an e-mailed statement. “Growing use of coal globally is overshadowing progress in renewable energy deployment, and the emissions intensity of the electricity system has not changed in 20 years despite some progress in some regions.”

Investments in renewables, nuclear power and CCS would offer more benefits than costs, according to the agency. It said spending $44 trillion would yield more than $115 trillion in fuel savings.

United Nations climate envoys aim to negotiate by the end of next year a new agreement to cut greenhouse gas emissions and limit warming. A UN panel of scientists has said that renewable energy, nuclear power, and carbon capture and storage (CCS) equipment that traps CO2 from power plants and pipes it underground permanently need to more than triple by mid-century to meet the 2-degree goal.

Under a scenario compatible with the 2-degree target, electricity would overtake oil by 2050 to become the dominant source of energy, the IEA said.