Southeast Asia’s energy landscape will see major changes in the period to 2040, with the region’s emergence as a global energy giant carrying risks as well as opportunities, the International Energy Agency (IEA) said in analysis released this week.

According to the World Energy Outlook Special Report on Southeast Asia, the region’s power demand is set to grow by 80 per cent to just under 1100 million tonnes of oil equivalent in 2040. Most crucially, oil demand is projected to rise from 4.7 million barrels per day (mb/d) in 2014 to 6.8 mb/d in 2040, leading to a sharp rise in the region’s dependence on oil imports.  By 2040, the IEA said, the region’s net oil imports will more than double to 6.7 mb/d, to the tune of over $300bn per year, with increased spending in almost all countries in the region.

Demand for natural gas is also predicted to rise by almost two thirds, to around 265 billion cubic metres in 2040. But coal demand is projected to grow at the fastest rate, reaching 440 million tonnes and overtaking oil to become the dominant fuel in the region’s energy mix. Renewables, including hydropower, geothermal, wind and solar, are set to “make inroads” in the region due to supportive policy initiatives, but their overall share is predicted to decline from 26 per cent currently to 21 per cent in 2040 due to decreasing use of traditional biomass fuel.

To meet Southeast Asia’s growing power demand, the IEA said 400 GW of generation capacity will be added across the region by 2040, of which 40 per cent will be coal-fired. Coal’s share in power generation is expected to rise from 32 per cent today to 50 per cent in 2040, bucking the trend seen in most other world regions, while natural gas’s share is predicted to decline from 44 per cent to 26 per cent.

The rise in coal use “highlights the need to accelerate the deployment of more efficient technologies to address the rise in local pollution and CO2 emissions”, the report noted, and “significant potential” remains for deploying more efficient coal-fired power plants. The average efficiency of Southeast Asia’s coal-fired plants is expected to increase by more than five percentage points by 2040, but subcritical technologies will still represent over 50 per cent of the region’s installed capacity according to IEA figures.

To address the changing energy landscape, the agency said much work is still needed on multiple fronts. Keisuke Sadamori, the IEA’s Director of Energy Markets and Security, said: “The reliability and sustainability of Southeast Asia’s energy system depends on investment. To secure its energy needs, the region requires $2.5trn of investment in energy-supply infrastructure in the period to 2040, but for this to materialize we need to see more progress with reforms to domestic energy markets and the establishment of improved policy frameworks.”

The full report can be accessed here. 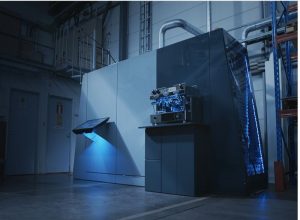