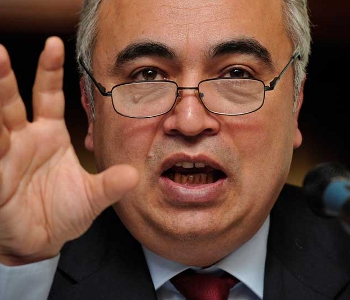 The head of the International Energy Agency (IEA) has warned that global economic growth must be uncoupled from rising greenhouse gas emissions, and that December’s United Nations climate talks in Paris represent “the last chance to put the energy sector on the right course”.

Fatih Birol (pictured), formerly the IEA’s chief economist and now taking over from outgoing head Maria van der Hoeven, told the UK’s Guardian newspaper today that the world must find a way to break the link between energy availability, which leads to economic growth, and rising emissions – without causing economic hardship. And he said the Paris talks must focus on the energy sector. “Two-thirds of emissions come from energy. We cannot be successful without this sector,” he said.

The reforms advocated by the IEA include phasing out older, inefficient coal-fired power plants; limiting the construction of new coal-fired plants to developing countries with no other viable power sources; and increasing global investment in renewable power, from $270bn in 2014 to $400bn by 2020.

“Coal-fired power plants are our biggest challenge,” Birol said, “so this is the first thing we have to implement.” According to the agency, the emissions saved by the use of modern coal-fired power plant technology in emerging economies, especially in Asia, would equal the result of the EU’s promise to cut the carbon it emits by 40 per cent by 2030.

Increasing investment in renewables hinges on phasing out fossil fuel subsidies, Birol said – a strategy he has argued for in the past.

The IEA is set to launch its 2015 Energy and Climate Change report today in London.