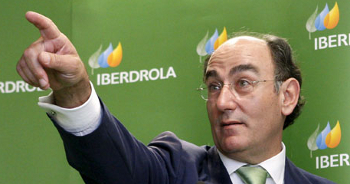 Ignacio Galan, the head of Iberdrola has criticised the German energy model, querying how burning coal and reducing emissions simultaneously can make sense.

“Germany is the country with the highest price of electricity and with the biggest increase in emissions, because the back-up for solar is coal – which is cheap but also the most contaminating,” Mr Galàƒ¡n told the FT. “I don’t see how we can continue burning coal and reducing emissions at the same time.”

Galan said that Spain’s method was more appropriate to the task of reducing emissions and added that Europe ought to focus on efficient renewable sources of energy instead of the present strategy.

He added that Spain’s economic recovery was now being felt in the power market and that Europe’s power sector had made a tremendous effort to arrest the causes of climate change, and other sectors needed to follow suit.

“Electricity represents roughly 30 per cent of worldwide emissions, but the other sectors à¢€” transport, industry, residential à¢€” are responsible for 70 per cent,” he said. “Actions have to be taken in all sectors. Why not tax or charge transportation that uses oil instead of electricity?”