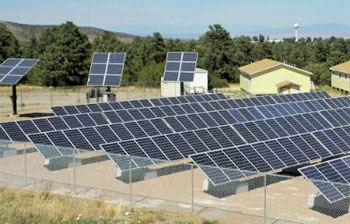 Once completed, the 24 MW Pavana Solar Park, located in the city of Choluteca in the southern region, is expected to produce 40 GWh per year, enough power for 61,000 households.

The project’s Honduran owner Energia Basica has contracted with Chinese solar company Yingli Solar for delivery of 80,000 solar photovoltaic (PV) modules between October and November. US-based Sybac Solar is to be the EPC contractor and grid connection is planned for the first quarter of 2015.

“We are thrilled to contribute to Honduras’ largest solar project to date, which will help the country reach its goal of meeting 60 per cent of domestic electricity demand with renewable resources by 2020,” said Jeffrey Barnett, Vice President of International Sales for Yingli Green Energy Americas. “Thanks to a robust regulatory framework for renewable energy that includes net energy metering, a feed-in tariff, and tax incentives, Honduras is one of highest potential solar PV markets in Central America,” he added.

Honduras’ energy mix is currently based on coal, diesel and gas, with over half the nation’s installed capacity being diesel-fuelled. In 2010 the nation implemented a renewables support policy which is beginning to show results: according to analysis by IHS Research, Honduras is set to lead solar development in Latin America and a 1.5 GW surge in PV installations is expected by 2018.