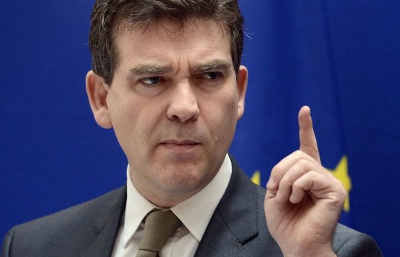 A German political foundation has taken issue with assertions made by French industry minister Arnaud Montebourg this week, stating they were inaccurate.

Rebecca Bertram of the Heinrich Bàƒ¶ll Stiftung concedes that Germany‘s current relationship with coal-fired power is a serious issue, but she does not agree with Mr Montebourg’s contention that, “The Germans who have abandoned nuclear are now forced to reopen coal plants. They are now the biggest polluters of Europe.”

Ms Bertram, who is the green think tank’s Programà‚ Director for Environment and Global Dialogue told Power Engineering International, “I would say that he is making false assumptions that Germany is switching from nuclear to coal. Rather, renewables are taking over large components of the nuclear capacities which essentially enabled the country to immediately switch off seven nuclear power plants right after Fukushima happened in 2011, without any blackouts.”

Montebourg had been responding to Parisian media on the government’s plans for nuclear power, when he made his comments. Montebourg was keen to impress that France would not be relinquishing what he maintains is the edge granted to the country through its strong nuclear power capacity and contrasted what he implied was the folly that arose from Germany’s energy transition.

Despite disagreeing in part with the minister’s statement, Washington, US-based Bertram says, “the coal issue is a serious one.”

“It is mainly due to comparative high gas prices and a non-functioning European Emissions Trading Scheme. As a result, we are seeing an increasing number of gas fired-power plants being taken off the grid due to being uneconomical while cheaper coal-power enters the electricity market. This is a topic currently being discussed during the coalition talks to form a new German government but essentially it will mean a new energy market design.”