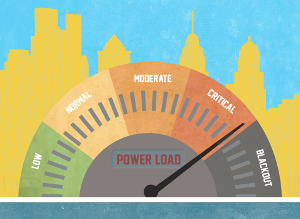 The total capacity of demand response programmes worldwide is expected to grow from 30.8 GW in 2014 to more than 196.6 GW by 2023, according to a new report from analysis firm Navigant Research.

Drivers for this growth include countries’ efforts to limit utilities’ power generation and reduce peak loads on the grid, as well as a changing resource mix as increasing amounts of renewable energy come online and older fossil fuel-fired power plants retire. And new markets such as ancillary services are opening up to demand response as many countries focus on resiliency due to natural disasters or geopolitical events.

Brett Feldman, Navigant senior research analyst, explained: “The retirement of large numbers of coal and nuclear plants, and the expansion of large-scale intermittent renewable resources like wind and solar power to fill this gap, are creating more need for backup solutions when the wind is not blowing and the sun is not shining. Demand response fills that need in an efficient and cost-effective way.”

Advances in metering, controls and end-use devices constitute an additional growth driver, “making it easier for [commercial, industrial and residential] customers to participate in demand response programmes and to manage their energy usage,” said Feldman. But, the report warned, as demand response becomes a greater part of the resource mix, reliance on it is likely to grow, potentially creating what Navigant called “customer fatigue” – which could erode reliability and cause customer attrition. And the report warned that as demand response programmes expand, market rule changes designed to standardize rules between demand response and generation may put more requirements, and thus greater risk, on the former.

The US’s current large lead in demand response is expected to erode over the next 10 years, the report said, as other world regions continue or begin demand response pilot phases and then build out full-scale markets or programmes. According to Navigant, the largest growth will occur in the Asia-Pacific region, which is expected to approach North America in terms of both capacity and spending by 2023 driven by distinct drivers in different markets such as Australia-New Zealand, Southeast Asia, China and Japan. Europe will not see such rapid growth, the report predicted, but its demand response market will still grow faster than North America’s with the opening of new market opportunities and a focus on renewables integration.