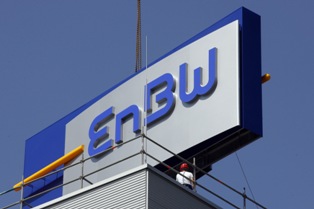 German utility EnBW is to close four power plants – two coal, one gas and one co-generation – which have a combined output of 668 MW.

And it is also planning a short-term shutdown of RDK 4 in Karlsruhe, which it says is “hardly being utilised and is consequently also unable to cover its full costs”.

The four plants being closed permanently are an oil fired co-generation unit and a gas fired plant in Marbach and two coal fired plants in Walheim. They will shut “at the earliest legally possible date” according to EnBW.

The company said the decision to close the plants was taken as a result of “rapid structural change in the energy sector”.

EnBW said: “As a result of the marked additional construction of renewable energy sources, numerous fossil plant are exposed to great commercial and financial pressure, and frequently continue to be operated solely as ‘marginal power plants. This is resulting in a drastic fall in revenue.”

The company said older coal plants and “especially gas power stations… can no longer cover their full costs given today’s electricity market prices, and can consequently not be operated on a commercially viable basis”.

Around 100 staff will be affected by the closures and EnBW is in talks with them over their future.

EnBW is also in talks with Germany’s Federal Network Agency over RDK 4 at Karlsruhe. The company said the gas and steam plant is hardly being used and it plans to “shut down the plant on a short-term and provisional basis as a consequence”.

“The potential of a later recommissioning is to be left open,” added EnBW.