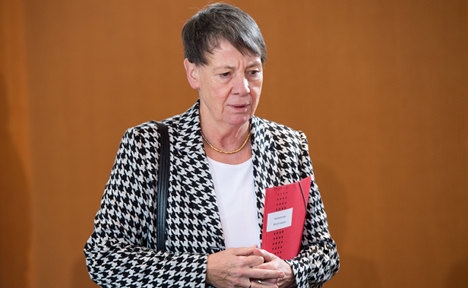 The German government has opted to allow fracking, deciding to permit the practice just months after the country’s Environment minister sought to ban it.

Minister Barbara Hendricks has reversed that opinion, and is now defending the law to permit the controversial gas extraction technique, as the strictest set of regulations ever on the method.

“I am happy that, after a long discussion, we have finally decided on regulations for fracking technology, which has so far been unregulated,” Hendricks said in Berlin.

With the legislative package, the government will be able to restrict fracking to a point where it no longer poses a threat to people or the environment, the Social Democrat pledged.

Euractiv reports Hendricks as stating that, as long as risks cannot be determined or cannot be conclusively assessed, the gas extraction method will remain forbidden.

The new regulatory package will not allow anything that has been forbidden in the past, she said. “On the contrary, it will prohibit a great deal that has been possible up till now.”

In reality, the fracking law will introduce strict rules where there have been no clear rules before, the minister assured.

Hendricks concluded that it is doubtful whether there will ever be a need to conduct fracking in Germany. She indicated that she expects only a few trial drillings over the next few years because these can cost companies around €30 million.

Estimates indicated that shale and coal bed deposits in Germany could cover demand for over 10 years.

The new bill, drawn up by Hendricks and Economic Affairs Minister Sigmar Gabriel, plans a ban for sensitive areas like water conservation sites as well as restricting fracking to below 3,000 metres.

In addition, the package contains far-reaching restrictions for fracking measures in shale, clay, marl and coal beds. But it does not prohibit commercial fracking under certain conditions.