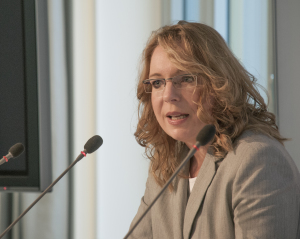 A report released this week by the German Institute for Economic Research (DIW Berlin) said an across-the-board shutdown of the nation’s older coal-fired plants could create a moderate increase in energy market prices, but would eventually result in good news for gas.

The report also said that such a shutdown is the only way Germany can hope to meet its target of a 40 per cent reduction in CO2 emissions by 2020. According to analysts, the nation risks missing the target by between five and eight percentage points.

“The energy sector should contribute more toward reaching the short- and medium-term climate targets by replacing CO2-intensive, inefficient coal power plants with more efficient gas-fired power plants,” said Claudia Kemfert, DIW Berlin’s director of Energy, Transportation and Environment (pictured), in an interview with European policy news site EurActiv. “Because this helps the climate and energy markets simultaneously, it even offers a double dividend,” she added.

“All in all, hardly any rise in price is expected for private energy consumers,” she concluded.

The German government has come under increasing pressure to reduce coal’s role in the country’s energy mix, but economy minister Sigmar Gabriel has said this would be impossible while also eliminating nuclear power.