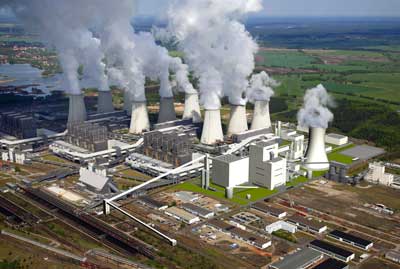 A deal to sell lignite coal mining and generation assets in Germany may see the country’s citizens footing the bill.

Swedish state-owned Vattenfall is examining bids for its coal-fired power facilities in the country, and because of the multibillion clean-up costs involved may in effect be paying bidders to take the assets off its hands.

Two Czech suitors, Energeticky a Prumyslovy Holding, orEPH, and Czech Coal Group, said they submitted binding bids to Vattenfall on March 16th. The bids could trump a proposal from a rival German suitor, the municipality-owned utility Steag, according to people close to the matter.

Because of falling energy prices and the switch to renewables in Germany, the acquirers of the assets will also be charged with shutting them and the heavy financial burdens involved have prompted all the bidders to ask Vattenfall to provide the assets with billions of euros in cash for the sale to go through, these people said.

à‚ Because it is unclear whether the unit’s current cash pile of slightly more than €1 billion ($1.18 billion) will suffice, the move could effectively mean Vattenfall would be paying a buyer to take the operations and related liabilities off its hands.

The Wall Street Journal reported that some politicians voiced concern that the bidder with the most attractive conditions might not be the best one for taxpayers, because a low cash injection from Vattenfall means taxpayers could end up footing the bill for shutting down the mines and plants.

“If investors like EPH are buying [Vattenfall’s German lignite operations], I see the risk that they won’t take care of the costs for shutting them down,” said Annalena Baerbock, a member of the Green party in the German parliament.

“Vattenfall mustn’t be able to rake in billions in profits and leave the burden with taxpayers,” said Klaus-Peter Schulze, member of the German parliament for the ruling CDU party.