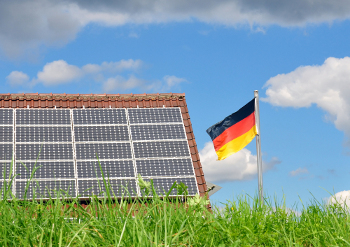 Renewables’ share of Germany’s energy mix rose to 28 per cent in the first half of this year, new analysis has found  –  a new record for the nation as it continues its Energiewende.

According to a report released this week by the Fraunhofer Institute for Solar Energy Systems (ISE), the amount of solar energy on the German grid grew by 28 per cent compared to the first half of 2013, while wind energy’s contribution grew by 19 per cent and biomass’s by 7 per cent. Together, solar, wind, biomass and hydro produced around 81 TWh.

The jump in renewable power production – up from 24 per cent for the same period last year – was attributed to mild weather, high winds and capacity additions (37.5 GW for solar and 34.6 GW for wind).

Meanwhile, Germany’s coal-fired power plants produced around 4 per cent less power than in 2013’s record year, the report said. But coal power production remains at 2012’s high levels, about 5 per cent above the average for the last 10 years. Hard coal-fired plants produced around 11 per cent less than in 2013, but their power production remained even with 2010-2012 numbers.

Germany’s nuclear power production remained the same as in previous years, the report found, while gas-fired power plants recorded the biggest decline, with a drop of 25 per cent on 2013. Compared to the first half of 2010, power production from gas has halved as the ‘big four’ utilities continue to mothball uneconomic plants.

“After the triple record for solar PV production in early June, this recent record confirms the overall trend towards renewables in Germany,” he added. Previous analysis from Fraunhofer ISE showed that German solar power production hit a record high during the week of 6 June, generating 24 GW or 1.26 TWh. Also during the same week, solar power covered 50.6 per cent of the nation’s total electricity demand.