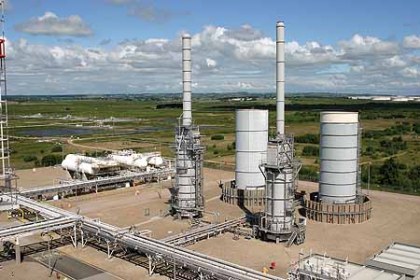 The move is consistent with the company’s recent actions in mothballing over 12 GW of gas-fired capacity, as the sector continues to suffer in Europe from the impact of renewables and cheap coal.

The company is considering the closure of 2 GW of other gas plants within its fleet.

“GDF Suez has taken the difficult decision to decommission and demolish Teesside Power Station,” the company said in an emailed statement.

“The decision was taken as a result of our view of the UK electricity market going forward as well as the inability of Teesside to compete with newer, more efficient technology.”

The huge Teesside power plant, which started operating in 1993, had run at a fraction of its capacity since 2009 and GDF Suez decided to mothball it earlier this year.

With the decision to demolish the station, around 30 workers will be offered employment elsewhere within the company, GDF Suez said.

Power industry leaders estimate that around 51 GW of gas-fired power plants have been mothballed across Europe.