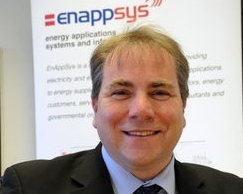 The temporary closure of nuclear power units, coal station outages and lower-than-expected gas prices fuelled a surge in gas-fired power generation in the third quarter of the year.

In the three months to the end of September, gas-fired generation contributed 11.7GW (36%) to Britain‘s power mix, comfortably outstripping other forms of generation.

The strong performance was attributable to rapidly declining gas prices caused by excess gas supplies in storage, as well as the temporary closure of reactors at Heysham 1 and Hartlepool nuclear stations following the discovery of unexpected cracks in one of the boilers at Heysham.

It was also triggered by lower than expected levels of coal-fired generation due to some plants remaining offline during the summer while maintenance work was carried out. This led to a fall in coal’s share of the overall power mix, from 26 per cent in the second quarter to 22 per cent. However, towards the end of the quarter coal generation picked up again as some units came back online and colder weather triggered a rise in gas prices, which made gas plants less competitive.à‚

Wind had little impact on Britain’s electricity generation during the quarter, providing 7% of the GB fuel mix. But a very stormy August did result in a spike in wind generation, which generated a record 22 per cent of the fuel mix on the 17th day of this month.

“This trend meant that the third quarter began with a high share of electricity generation from gas-fired CCGT (Combined Cycle Gas Turbine) plants and more modest levels of generation from coal-fired plants, with the low gas prices also contributing to lower than usual power prices.

“As the quarter progressed, gas prices increased due to rising demand fuelled by colder weather and fears that Russia could stop gas flowing into Europe through Ukraine. This made gas plants less competitive and boosted coal’s share of the fuel mix in September.

“By the end of the quarter, the gas and coal-fired fleets were producing similar levels of generation.”

The EnAppSys study showed that gas-fired power stations provided 36 per cent of all of Britain’s power requirements during the three months to the end of September, while 22 per cent came from coal-fired power stations. Nuclear units provided a further 20 per cent, wind farms 7 per cent and other sources, including interconnector flows into the country, provided the remaining 15 per cent.

To look at the full report, please visit the following page on the EnAppSys website.