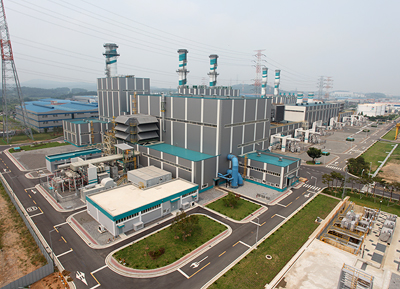 The consultancy forecast that, as prices for the cleaner-burning fuel are expected to stay depressed, coal prices are unlikely to fall much further.

Graham Tyler, research director for Asia gas and power at Wood Mackenzie said he did not antici

pate any sustained price recovery for gas before 2020.

“This looming supply glut will create an environment where coal versus gas competition in Asia is a real possibility,” he said.

Thermal coal currently accounts for about half of all power generation across Asia, with natural gas making up only 11 percent, according to Wood Mackenzie.

Environmental concerns and the introduction of carbon trading schemes will favour more gas burning in China and South Korea, while Malaysia is also expected to increasingly turn to gas amid delays to construction of new coal-fired power plants and an oversupply of domestic gas, Wood Mackenzie said.