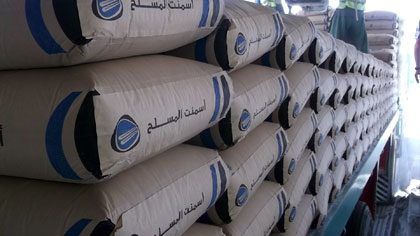 A shortage of natural gas in Egypt has meant the country’s cement production has dropped by 20 per cent.

Constraints on gas power generation has forced the reduction and according to Gas to Power Journal, an even steeper drop in production capacity of 25 per cent was incurred by Arabian Cement Company (ACC)’s Suez plant after the operator was struggled to come to terms with unforeseen gas and power shortages.
The cement company, which produces 10 per cent of Egypt’s cement and is owned by Spanish Cementos La Union, anticipates production shortfall to reach up to 50 per cent in summer.

The reason for Egypt’s acute gas shortage is that reduced domestic gas production cannot meet rising power demand while government’s subsidy system for gas and power prices disincentivizes the use of gas for power generation and favours exporting as LNG to global markets instead.

ACC applied to the government in March for permits to make a 100 per cent switch to coal power generation as a means of bridging the gap in power generation that is so deeply affecting its business.

The company has since asked the government for swift issuance of an environmental permit and the removal of the operation license fees, which were originally imposed for the use of natural gas.