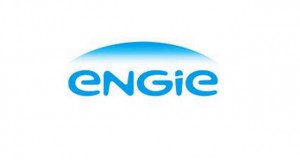 The French government has come under pressure to end its investment interests in coal power in Turkey ahead of the COP21 climate summit in Paris next month.

Part state-owned Engie is currently in partnership with the Turkish company Mimag-Sanko, in plans to develop the Ada Yumurtalik 1320-MW coal-fired power plant in the south of Turkey.

“We strongly urge you to act to cancel Engie’s investment plans in the Ada coal power plant project in Iskenderun Bay, and to push Engie commit to end all its coal investments and activities,” they said in a letter to the French president.

Turkey plans to double its coal power capacity over the next four years to help it meet rising energy demand as its economy expands.

The French state owns 84 percent of Engie and around 33 percent of utility EDF. Both companies are among the sponsors of United Nations climate talks which will be held in Paris from Nov. 30 to Dec. 11 with the aim of agreeing a global deal to curb emissions.

The letter said it was the French government’s responsibility as the host of the U.N. climate talks to ask those companies to redirect coal investments towards energy efficiency and renewable energy.

France has pledged to eliminate coal export credits and scrapped credits used for coal technology made by Alstom last month.