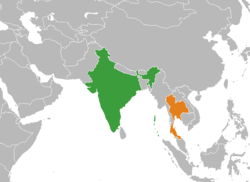 Four power plant workers were killed in separate accidents in Thailand and India over the weekend.

A New Zealand engineer and his Thai colleague died while trying to rescue a couple who had been rendered unconscious by a gas leak at a biomass power plant in Trang’s Yan Ta Khao district on Sunday night.
The couple, also employees, had passed out in a ventilation chimney at the Plan Eco Energy Co construction site, next to Para Veneer 2002 Co – a subsidiary of rubber wood toy producer Plan Creations Co. They later recovered.

Plan Creations had begun building a biomass plant using leftover rubber sawdust and tree roots to fuel a 5 MW power generator to supply its electricity needs and sell the excess to the local electricity authority.

Meanwhile in India two plant workers died from severe burns and four others were badly injured when trying to clear a blockage in machinery at a private coal power plant in the Gummudipoondi SIPCOT area on Friday.

The maintenance workers were attending to the Electro Static Precipitator at the 10 MW captive plant when hot ash fell on them, according to an official from Chennai Ferrous Industries, the plant’s owners.