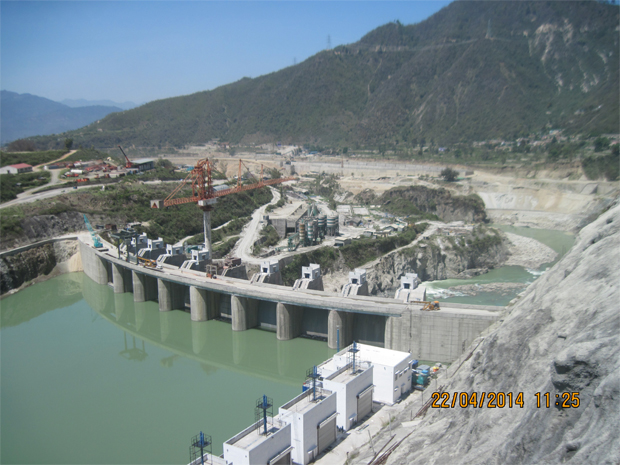 The plant (pictured), located on the Alaknanda river in the city of Srinagar, will sell 88 per cent of its power to the neighbouring state of Uttar Pradesh under a power purchase agreement, but will reserve 12 per cent for Uttarakhand without charge, developer GVK said.

Unit 1 is generating at full load, GVK announced today, while the company expects to connect units 2 and 3 to the grid this month.

GVK’s founder, chairman and managing director GVK Reddy, said: “This project is another significant step towards contribution of the country’s infrastructural development. We are happy to have lived up to the faith reposed in us.

“This project not only aims to benefit the people of Uttarakhand and Uttar Pradesh, but also aid the nation to be self-reliant,” he added.

Uttar Pradesh experiences regular blackouts due to power shortfalls of 10-15 per cent. However, things may be looking up as the state has also recently received 500 MW from unit 7 of the 1630 MW Anpara D coal-fired power plant, which was commissioned this month by state-owned power firm Uttar Pradesh Rajya Vidyut Utpadan Nigam Ltd (UPRVUNL).