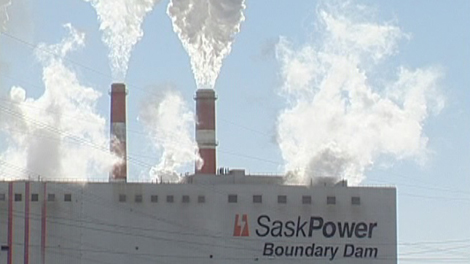 The world’s first commercial-scale carbon capture and storage (CCS) facility is set to come online this week in the Canadian province of Saskatchewan with an opening ceremony scheduled for Thursday.

During the project the plant’s aging unit 3, which came online in 1970, was rebuilt to reduce its emissions by around 90 per cent. The unit’s output will also be reduced from 139 MW to 110 MW with the capture of 1 Mtpa of CO2. In addition, sulfur dioxide (SO2) will be captured and sold for use in producing sulfuric acid.

Oil company Cenovus Energy built a 66-km pipeline to transport the CO2 to nearby oil fields in the southern part of the province, where it will be used for enhanced oil recovery. The unused CO2 will be stored by the independent Aquistore research project, 3.4 km deep in a brine and sandstone water formation.

The plant was initially planned to come online in April, but “things that were beyond our control” caused delays according to Robert Watson, SaskPower’s CEO.

“We had some surprises where some of the complex equipment that has never been used at this scale before is working extremely well, to some issues that should be pretty standard in design and operation needed some reworking,” said Mike Monea, SaskPower’s president of CCS initiatives.

The project has garnered international attention and SaskPower has signed a memorandum of understanding with the UK CCS Research Centre (UKCCSRC) for a three-year research initiative that aims to improve the technology’s cost and performance.

“We sincerely expect this to become a model for plants around the world,” said Watson. “This is what we think is a long-term, fiscally responsible way of getting less emissions into the air.”