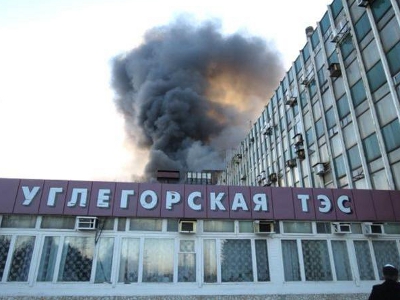 The Ukrainian government has vowed to rebuild the coal power plant that was devasted by fire last week.

The fire occurred at the 3600 MW Vuhlehirska Thermal Power Plant in Svitlodarske, Ukraine killing one worker and destroying much of the facility.
Eight other power plant workers were seriously injured in the incident which left four units of the 40-year old seven-unit plant destroyed. The region was left without power and heating temporarily.

Interfax-Ukraine news agency stated that the blaze reportedly started after accumulated coal dust in the second unit caught fire Friday afternoon. The fire then spread to the roof and across the plant.

The government has launched a criminal investigation into possible safety violations at the plant and Industry minister, Eduard Stavytsky, stated that the plant would be fully rebuilt, but added that it was too early to provide a timeline for reconstruction.