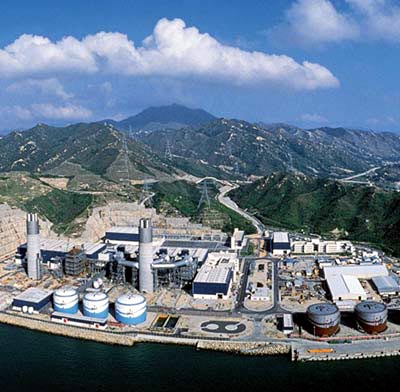 Exxon Mobil Corp (NYSE: XOM) has agreed to sell its majority stakes in a Hong Kong utility and a power storage firm for $3.4bn, helping the U.S. oil major raise funds to plough back into its core operations.

The deal entails the sale of three power plants with a total power generation capacity of 6908 MW, including a 4108 MW coal-fired facility called Castle Peak and the 2500 MW gas-fired Black Point power station.

Under the deal, CLP Holdings will assume control of Castle Peak Co Ltd, one of Hong Kong’s main electricity providers, lifting its stake to 70 per cent by buying half of Exxon’s holding for HK$12 billion ($1.6 billion).
State-owned China Southern Grid will buy the other 30 per cent held by Exxon but it did not disclose financial terms. A person close to the transaction told Reuters that CSG will also pay HK$12 billion.

CLP will use internal resources and a HK$10 billion loan facility from HSBC Plc to fund the acquisition.