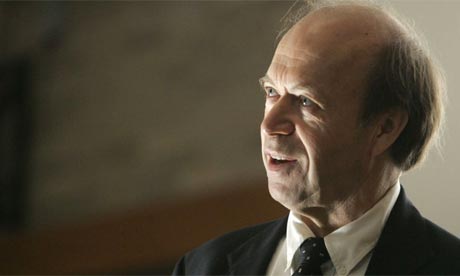 NASA’s former chief climate scientist, James Hansen, has poured scorn on the potential of renewables alone to counter climate change and says that the world must turn to nuclear power in order to tackle the problem of growing CO2 emissions.

“Suggesting that renewables will let us phase rapidly off fossil fuels in the United States, China, India, or the world as a whole” Hansen said, “is almost the equivalent of believing in the Easter Bunny and Tooth Fairy.”

Reuters reports Mr Hansen, who has just recently left his role at NASA after over three decades, held a press conference at Columbia University in the US to publicise a new study, entitled, “Assessing Dangerous Climate Change: Required Reduction of Carbon Emissions to Protect Young People, Future Generations and Nature.”

The study contends that the agreed-to goal of limiting global warming to 2 degrees Celsius above pre-Industrial levels prescribed in the recent Intergovernmental Panel on Climate Change report is still too high to prevent “long-lasting, irreversible damage” to the planet.

The conclusion is that only a new generation of nuclear power plants has the potential to produce carbon-free electricity in the amounts that we will need it in the decades ahead.

Despite the challenges the nuclear sector continues to have with regard to safe waste disposal, terrorism threat and vulnerability to natural disasters, Mr Hansen asserts that, discounting the potential for freak accidents, nuclear is far less harmful than coal-fired power, in terms of damage to human and planetary health.

The other grave challenge to nuclear’s future is the cost of developing new nuclear power plants but despite this, the former NASA chief advocates the Integral Fast Reactor as a means of resolving the problem of nwaste while continuing to succeed in reducing emissions. This fourth generation nuclear plant would be fuelled entirely from the by-products of current nuclear plants and potentially burn 99 per cent of their fuel and produce little toxic waste.

At the present time this reactor model is far from a finished product, according to Reuters, with development costs too high to tempt utilities in the US, currently experiencing a gas-fired boom.

The study calls for the US to partner with China in developing the technology needed and Hansen warns of the consequences if this path isn’t pursued.

“If we don’t help China by cooperating in nuclear power technology development and deployment, “they will do it themselves. That will be unfortunate, for two reasons. It will be slower and thus it will include a lot of coal use, such as building of many syngas plants. And it will make them the leaders in nuclear technology.à‚ Too bad, it should have been the U.S.”