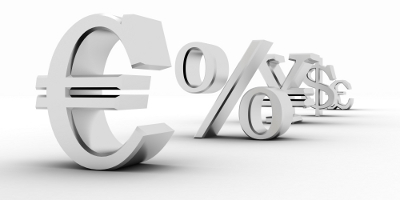 In a move termed “counterintuitive” by one commentator and seen by another as “throwing coal under the bus”, top executives with six European oil firms have written a letter to the Financial Times to call for carbon pricing.

“We firmly believe that carbon pricing will discourage high-carbon options and reduce uncertainty that will help stimulate investments in the right low-carbon technologies and the right resources at the right pace,” the executives wrote.

Mark Kenber, head of advocacy organization the Climate Group, said in a statement that the move “reflects a growing realization within influential sectors of the fossil fuel industry of a need to adapt to both market and climate realities.”

The letter also said climate action, including discussions at the forthcoming UN climate talks in Paris, should “recognize the vital role” of gas-fired power in the transition to a low-carbon economy.

“When burned to make electricity, [gas] typically generates around half the carbon emissions of coal,” the letter said. “In addition, gas can provide the electricity base load that is required and can be a flexible partner to renewables as efforts continue to improve the storage of electricity produced by intermittent solar or wind. This benefit is enhanced when natural gas emissions all along the value chain are controlled and reduced, a matter we are actively addressing.”

Charles Kennedy, a commentator with Oilprice.com, wrote on Yahoo! Finance that the letter was “setting up coal to take the fall” from potentially stricter emissions reduction legislation, as the major impact would fall on the coal power industry. He added that the oil companies’ call could be viewed as “a savvy move to gain positive PR” given the low expectations for the outcome of December’s climate talks.

In a more positive response to the oil executives’ letter, also published in the Financial Times, John Danilovich, Secretary-General of the International Chamber of Commerce, noted that “the intervention from leading European energy firms is illustrative of a broader effort on the part of the private sector to engage constructively in the development of climate policy”.

However, Danilovich warned that while carbon pricing can encourage emissions reduction, it is not necessarily the best option in all cases. “While carbon pricing may be the most cost-effective climate solution in some countries, other approaches — such as incentive-based systems or efficiency standards — may be a more viable option elsewhere,” he said. And he warned that carbon pricing schemes must be designed carefully in order to drive economic growth.