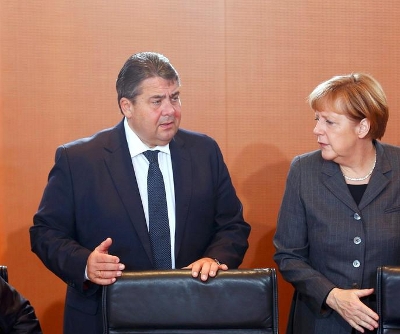 The head of Euroheat & Power says the German government must turn to cogeneration if it is to have any hope of meeting its decarbonisation ambitions.

Speaking to COSPP on the eve of a decision by the government on the matter of deciding on legislation associated with the German coal levy, Paul Voss, Managing Director of Euroheat & Power said, “The decarbonisation of the German energy sector is impossible without a significant share of cogeneration. The current CHP framework in Germany is inadequate with a view to meeting the set target of 25% of electricity production from CHP by 2020.”

“We therefore urge the German government to come forward with ambitious measures and reinforced support for the promotion of efficient cogeneration.”
Last week German economy Minister Sigmar Gabriel said he was ready to turn to combined heat and power technology as a solution to the problem of curbing carbon emissions from coal-fired power plants while saving jobs.

Gabriel said last Wednesday at an energy industry conference in Berlin that he was considering an alternative to a proposed levy on coal-fired power plants and would make a final decision on July 1st.

He originally proposed putting a levy on CO2 emitted by the oldest and most-polluting power stations but the extent of resistance has forced a re-think.

Chancellor Angela Merkel’s government will now decide between Gabriel’s original proposal and an alternative to gradually shut down coal-fired power stations and offer more financial support for combined heat and power plants, along with other measures.

“With the two alternative proposals, we can make a political decision. I’m certain that we will manage this on July 1 during the coalition’s consultation meeting,” he said.

à‚ COSPP broke the news from an industry insider that the German government were on the brink of moderating its proposed coal levy, opening the door for the use of more combined heat and power technology in the country.