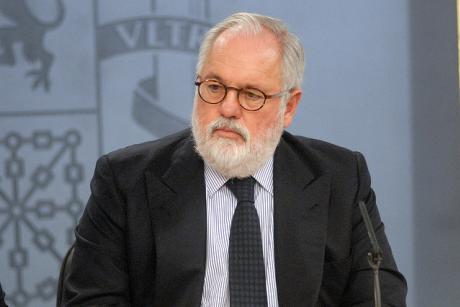 The European Union is set to approve an overhaul of the bloc’s carbon market after the price of emission rights fell to levels that fail to deter polluters.

Representatives of EU governments, the European Parliament and the European Commission have decided to back the 2019 start of a reserve to soak up a permit glut, two years earlier than proposed, according to Latvia, which holds the EU rotating presidency.

The planned reserve would automatically absorb allowances in the EU’s cap-and-trade program if the surplus exceeds a fixed limit, and release them to the market in the event of a shortage. That would curb a permit glut that led to a 65 per cent slump in the cost of emissions since 2008 and eroded the penalty for burning coal.

There are currently more than 2 billion surplus permits, according to EU estimates. Each allowance, which is handed out free or auctioned, gives utilities, factories and airlines the right to emit one metric ton of carbon dioxide.

Bloomberg reports that under the deal, an amount equal to 12 per cent of permits in circulation would be withheld from government auctions and placed in the reserve. The allowances stay there for 12 months from each September until the accumulated surplus falls below 833 million, according to two people with knowledge of the matter. In the first year, 8 percent will go in the reserve between January and September, said the people, who asked not to be identified, because the meeting was private.

If the excess drops below 400 million, the EU will return 100 million allowances to the market.

EU Climate and Energy Commissioner Miguel Arias Canete (above) said the deal was very good and fair. The starting date and scope of the reserve kept member states divided for more than a year, due to disagreements among member states.