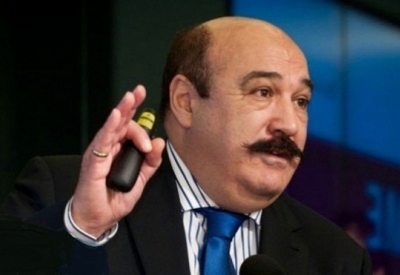 A leading official at the European Commission’s Director General for Energy says the Commission is looking to increase emphasis on the potential of district heating as a way of further boosting the bloc’s energy efficiency.

The Commission is to hold a review of energy efficiency measures this summer and will prioritise heating measures as a way of transforming Europe’s energy performance, according to Samuel Furfari (pictured), an adviser to the European Commission’s director general who spoke to Euractiv on the subject.

Heat makes up nearly half of the world’s final energy consumption, but the heat industry says that it is routinely and unfairly overlooked in energy and climate debates.

Mr Furfari told Euractiv, “We need to focus much more on heating, where there is a lot of low-hanging fruit – much more than in electricity.” He said the Commission wanted to “raise awareness on energy efficiency, particularly in local authorities.”

The Commission had done more work on electricity than efficiency in the heating sector, because of the difficulties in transposing a one-size-fits-all solution to countries with such different climates as Finland and Italy, according to Furfari.

“But there’s the potential to save much more energy in the field of heating [by using] district heating in combination with structural funds and biomass,” he said. “There is the potential there of improving completely the energy efficiency [picture].

The International Energy Agency (IEA) has estimated that excess heat from power stations within the OECD, comprising the world’s 34 richest countries, amounts to roughly 40 exajoules per year, equivalent to 10 times the EU’s final energy consumption.

A Heat Roadmap Europe drawn up last year argued that a strategy meshing buildings efficiency with clustered heat demand and district heating networks could save around €100bn a year more than a strategy focused on buildings alone.

“The ideal prescription is probably a combination of demand reduction measures in buildings, further development of district heating and cooling networks in cities and heat pumps where demand is less dense,” Paul Voss, the director of Euroheat and Power told EurActiv. “A concerted effort to tackle the question of heating and cooling at EU level would be a big step forward.”

The summer review will see the Commission evaluating slow progress towards meeting a non-binding goal for 2020 of improving energy efficiency performance by 20%, as measured against a 2005 baseline.

But some environmentalists balk at the prospect of improved district heating being used as cover for the building of new coal plants.