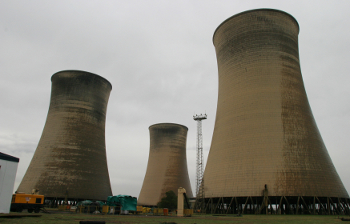 Glencore’s offer to provide coal to Eskom at a higher price than it usually pays has led the South African state utility to state it will seek compensation.

Eskom are uninterested in Glencore’s offer and have asserted their intent to seek recompense if Glencore’s mining subsidiary Optimum is unable to supply coal to its Hendrina coal-fired power plant.
Administrators for Glencore’s South African coal mining subsidiary suspended the firm’s supply agreement with Eskom last Thursday while the mining unit undergoes a financial rescue programme.

“If they are unable to provide coal to us, they need to compensate us for not meeting their obligations. We have a three year agreement with them,” Eskom spokesman Khulu Phasiwe told Reuters.

Optimum, which produces 10 million tonnes of coal a year, is under financial strain because it says it was selling coal to Eskom for less than the cost of production.

It has offered to temporarily supply coal to Eskom at the cost of production, higher than what Eskom currently pays, while a new deal is negotiated, the business rescue practitioner said last week.

Eskom said it had a 40 day reserve supply of coal for its 2000 MW Hendrina plant and was looking at other suppliers if Optimum could not resume deliveries within that period.